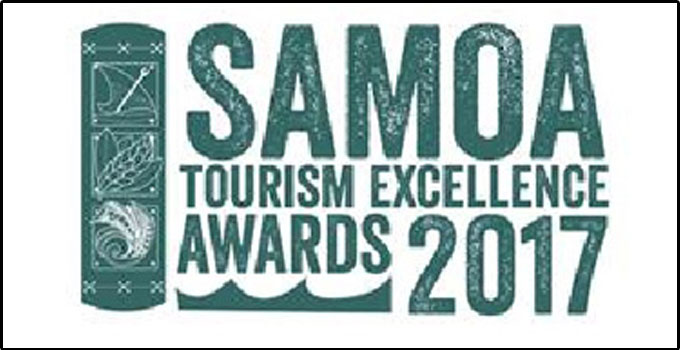 2017 designated by the United Nations as the International Year of Sustainable Tourism for Development promises to be a wonderful year for Beautiful Samoa.

The New Year will kick start with the ‘Inaugural Samoa Tourism Excellence Awards’, which will be held on 7th January.

The Inaugural Samoa Tourism Excellence Awards celebrates the outstanding performances of those who have made exceptional contributions to Samoa’s Tourism Industry within the past 12 months, as measured and judged by visitors and the Tourism Standards Committee during the Survey.

The Survey for this first ever Awards was launched by the Prime Minister, Hon. Tuilaepa Fatialofa Lupesoliai Dr. Sailele Malielegaoi on 7th January at the beginning of the year, as part of the launch of Visit Samoa Year 2016.

In launching the Awards, the Prime Minister spoke about the Tourism Industry’s tremendous impact on the economic and social development of Samoa.

“Tourism is the mainstay of our economy and we have selected to continue pioneering sustainable tourism, as we have stated in our tourism sector plan and vision that by 2019 Samoa will have a growing tourism sector.”

There are 12 Awards categories designed to include various aspects of the Tourism Industry. The Nominations and Venue for the Inaugural Samoa Tourism Excellence Awards will soon be announced.