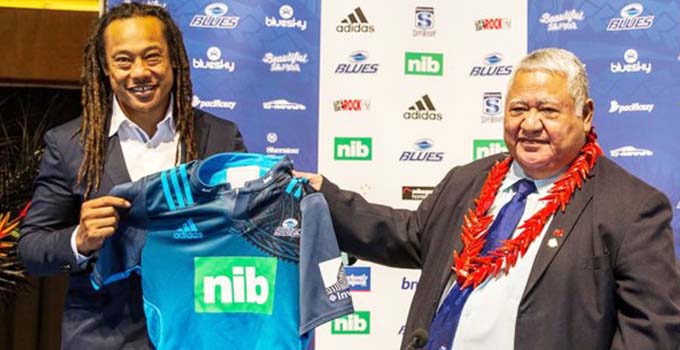 Samoa will be celebrating its 55th year of independence by making sporting history when it hosts its first Investec Super Rugby Championship match on 2nd June 2017.

The match between the Auckland Blues vs Queensland Reds will be played under lights at the Apia Park Stadium in the nation’s capital.

The Samoan Government is backing the fixture and has indicated that it hopes to secure more Super Rugby matches in Samoa in the future.

In 2015, Samoa hosted the All Blacks when it played Manu Samoa. The historic event was hugely successful and showcased Samoa’s ability to host international events at the highest level.

Samoa has placed great effort in building sports tourism, notably with sporting facilities which have been designed to attract international sporting events. Many of these were either built or improved upon for the 2007 South Pacific Games.

The Blues region is home to about 150,000 proud Samoans, with fifteen players in the team claiming Samoan heritage including its coach, Tana Umaga. And across the Tasman, records indicate a strong Samoan connection in Brisbane with many Samoans calling the city home and the Samoan language being listed as one of the most widely spoken around the Brisbane area.

The Chief Executive Officer of the Samoa Tourism Authority, Papali’i Sonja Hunter says that this momentous event cements Samoa’s growing reputation as a sporting hub in the South Pacific.

“Hosting this first ever Super Rugby match is a huge thing for our island nation. A sporting event of this calibre opens up tremendous opportunities for Samoa and the rest of the region, and we are ready to welcome all the new visitors that events such as this will bring to our shores. We are ready for you.” Says Papali’i.

The Blues vs Reds match will be played at Apia Park Stadium on 2nd June and ticket enquiries can be made with the Experience Group www.experiencegroup.co.nz.