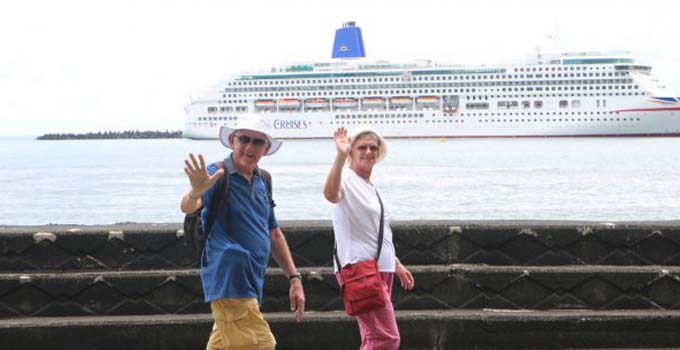 The South Pacific Tourism Organisation (SPTO) has signed a memorandum of understanding with the South Pacific Cruise Alliance (SPCA) for greater cooperation on the development of the cruise tourism industry in the greater Pacific Islands region.

Global cruise tourism is a US $50 billion industry accounting for about 24.2 million cruise visitors, based on total of forward bookings for 2016. In 2017, 1 million jobs will be generated and complemented by an addition of 200,000 new passenger berths. Under the new agreement, SPTO, with the support of SPCA will take the lead in coordinating Pacific Island countries’ attendance at Seatrade , starting 2018.

As the leader in tourism marketing and development for the region, SPTO aims to collaborate with key cruise industry partners, government and private sector members such as SPCA to open up opportunities for existing and new cruise destinations in the Pacific and better coordinate priority areas of marketing and development under the Pacific Cruise Tourism Development Strategy (2015 – 2019), for the benefit of its members.

The Pacific cruise industry has grown by 43% in the last three years and currently generates around US$640 million per year for the region. New Caledonia and Vanuatu lead the charge, making up 78% of the total number of cruise visits in the South Pacific.

Cruise tourism is an emerging industry in other Pacific Island countries like Tonga, where the Vuna Port in Nuku’alofa has recently undergone a multi-million dollar upgrade and is attracting more visiting cruise vessels.

Samoa is gearing towards further improvements to the Apia wharf and French Polynesia plans to build a new cruise port terminal by 2020. Small Island States such as Tuvalu and Kiribati, which currently receive one or two visiting cruise ships a year, would benefit from the further development of cruise expeditions, involving smaller cruise ships with high yield and low impact cruise visitors.

Cruise ships bring a much-needed source of additional employment and income to remote communities by linking travellers to outer islands that are not as easily accessed by air.