Statistics update and overview for 2016 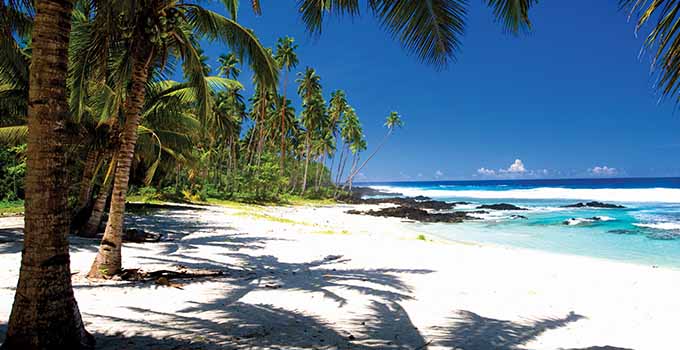 The year under review saw contrasting periods with solid growth in overall arrivals for the first seven months up to July of 11% being followed by negative growth of 2.2% over the final five months, with only December of those months recording positive growth when compared to 2015 numbers.

Our Holiday Travellers as purpose of visit continues its upward growth and again recorded good growth of 9.7% exceeding set target growth of 7% following on from the 12.5% it achieved in 2015 and now represents 39% of overall visitor numbers. Our VFR travellers also performed strongly growing by 9.2% while our Sports Category experienced a 38% drop in numbers compared to the previous year which was expected after the major sporting events we held in 2015.

For our Primary markets, New Zealand continues to be our biggest market and buoyed by its recent strong economic performance resulting in rising household incomes now contributes 46% of our visitor arrivals achieving net growth of 8.9% when compared to 2015.

The Australian market experienced a slight drop while our American Samoa market looks to be on the rebound recording positive net growth of 1.7% after five consecutive years of experiencing negative growth where they now only represent only 11% of our total arrivals compared to 19% of market share back in 2012.

Our American market held steady after three consecutive years achieving minimal growth of less than 1% compared to the previous year.

Our emerging markets or all of our other markets apart from our primaries also performed well achieving net growth of 9.9% over the period led mainly by strong growth from the our Asian and European markets.

Our Asian market grew by 87% on the back of good growth achieved through our Chinese and Japanese markets where growth of 36% and 19.5% was achieved respectively.

The European market on the other hand recorded growth of 41% driven largely by increase in numbers from outside of the United Kingdom, mainly within the Benelux and Scandinavian regions.

Tourism Earnings grew by 7.04% which is slightly higher in proportion to the 4.8% growth achieved in overall arrivals and this was largely attributed to the growth in our Asian and European markets where total spend per visitor and average length of stay is slightly higher than average.

Overall, 2016 was another successful year from a numbers perspective although we didn’t quite achieve the minimum 5% growth targeted under our Sector Plan. However, the positive growth does continue our post Cyclone Evan recovery since 2013 with average growth of 5.5% now recorded over the past 3 years. It was also always going to be difficult to follow on from 2014 and 2015 given the SIDS and Commonwealth Youth Games that we hosted in those periods further highlighting the importance of hosting events to assist with increasing visitors.

The outlook continues to be positive with new developments in improving access through the re-establishment of our own airline as well as the much needed boost in marketing funds from the Samoa Tourism Growth Programme funded through NZ Aid offering continued optimism for the industry moving forward.