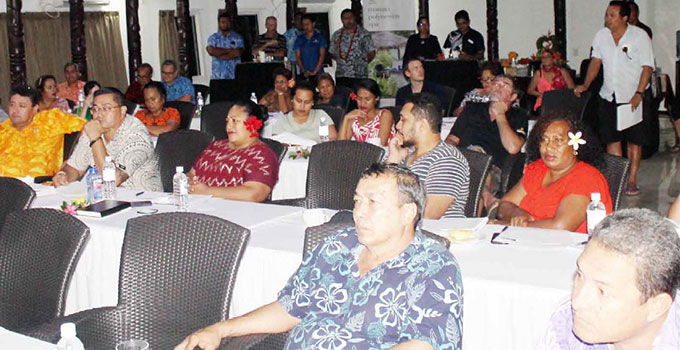 The Samoa Hotels Association (SHA) during its 2017 Annual General Meeting (AGM) has elected its Executive Council 2017-2018.

The AGM was well attended by SHA members from both Upolu and Savai’i and was held at the Sheraton Samoa Aggie Greys Beach Resort at Mulifanua last week.

Adele Kruse as last year’s President returns for another year. She initially presented the President’s Annual Report which highlighted the activities and achievements by the Association within the past year, and the way forward.

She spoke about her dedication as President and is fully committed to continuing her role again for another year for the Association.

Ms Kruse also spoke about SHA as the leading private sector organisation, and further talked about Access, Product Development, and the continuing working relations with the Government through the Samoa Tourism Authority.

Members were hosted to a presentation by the Regional Manager of Pacific STR Global, Mr Mathew Burke, who spoke about standards for hotel Benchmarking.

SHA’s VISION is that by 2019, it will be a cohesive organisation facilitating the development of competitive quality products and services which promote sustainable prosperity for members and Samoa.

Its MISSION is to work with stakeholders, other communities, government, and development partners to facilitate an enabling environment for the hotel and accommodation industry, leveraging off on destination and corporate marketing, accessible and competitive financing, and relevant capacity building to promote culturally inspired quality products and services.