STA Staff refresh their skills on First Aid and CPR 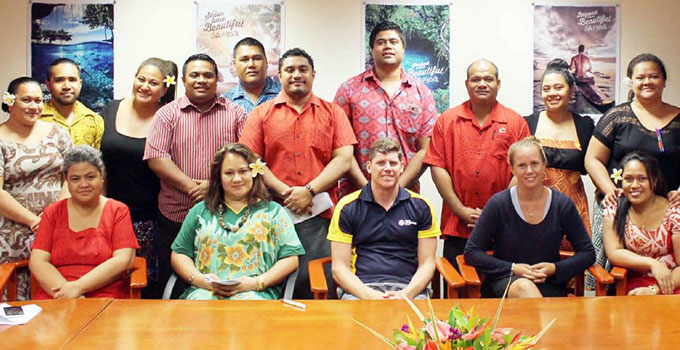 The same course was offered to the Tourism Industry as well as Government Minisitries and Agencies, and Stakeholders both in Upolu and Savai’i within the past few months.

The aim of the training was to improve water safety response within the Industry and the country. STA in delivering the training, had the opportunity to utilise the skills of the Trainers by refreshing the knowledge for most of its employees with others taking the course for the first time.

There were more than 10 participants at the training from within the Authority’s various divisions. Trainings were specifically carried out by the STA Planning and Development team, with technical expertise from a Certified Australian Surf Life Saving Trainer and her associate through the Australian Volunteers for International Development Programme.

In earlier trainings this year for the Industry, the Chief Executive Officer, Papali’i Sonja Hunter emphasised the importance of such trainings to the Samoa Tourism Authority and to the whole of Samoa, because it saves lives as it is the first aid for emergencies.

She further encouraged all to utilise the skills attained for their respective tourism development areas and also within their villages and homes.

Papali’i also acknowledged the expertise by the Trainer, Australian Voluteer, Ms Morgan Knowles and her associate, as well as STA’s Product and Development team.

STA is currently at its 5th year of implementing Surf Rescue Training Programme. The programme is designed to up skill industry members with Surf Life Saving Techniques which include Basic First Aid, CPR and Water Rescue training. STA has been offering refresher courses for staff that had completed SLS courses in the previous years.

Surf Life Saving in Samoa has been in the development stages since 2009. In response to the 2009 tsunami, in May 2010 the Government of Samoa and the Government of Australia commenced a program known as the Volunteer Emergency Response Team - Water Safety Programme (VERT-WSP). The volunteers involved with VERTWSP were trained in Bronze Medallion Courses and to strengthen this capacity. AusAID at the time, approved a three year program, where two Australian Volunteers would be mobilized each year from 2011 to 2013 and hosted by the Samoa Tourism Authority to deliver training programs to tourist resort staff and local residents.

To ensure the sustainability of the SLS Program in Samoa, STA committed in recruiting volunteers so that trainings can be continued for the future.