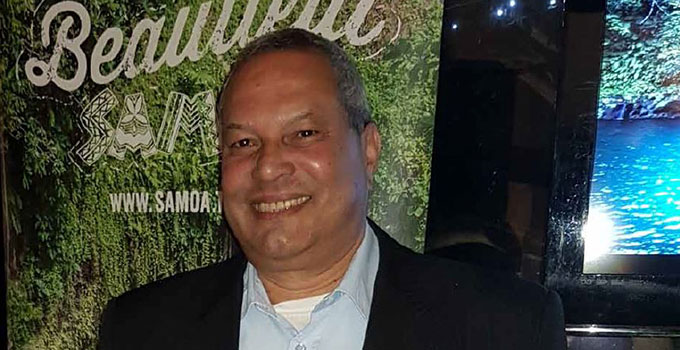 Fiji Airways has announced its additional new flights from Australia to Apia via Nadi to begin on the 6th of November this year.

The Regional Manager in Australia for Fiji Airways, John Nickel during the Beautiful Samoa Australia Roadshow in Sydney was happy in announcing the new flights and changes.

“Our new schedule in the beginning of November will mean that there will be more frequency of flights from Australia to Apia via Nadi.” Said Mr Nickel.

“We’re also happy to accommodate some of the feedback from our customers to reduce transit times, so there’ll only be 40 to 50 minutes stopovers for transit.”

Mr Nickel added that the additional flights in November includes flights with their 737 aircrafts which will fly four times a week on Sunday, Monday, Wednesday and Friday.

With the Teuila Festival coming up in the first week of September, Mr Nickel also announced special fares by Fiji Airways for the interests FIJI AIRWAYS TO SAMOA: John Nickel, Fiji Airways Regional General Manager Australia of the Travel Traders in Australia, where fares will apply only for packaged deals.

The announced special fares will be at a busy time for Samoa during its annual Teuila Festival on the first week of September, which features the ‘Showdown in Paradise’ Fight between Jai Opetaia of Samoa and Australia and American Frankie Lopez for the IBF Cruiserweight World Youth Title.