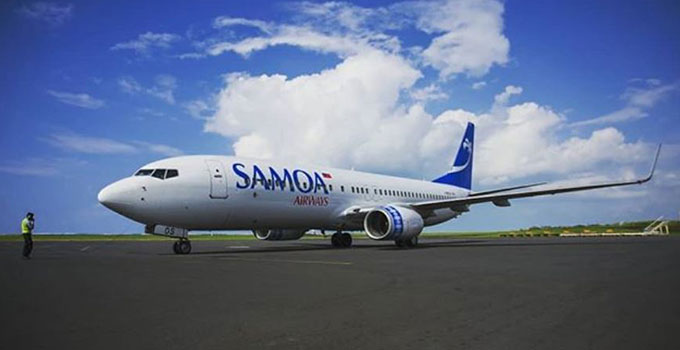 Samoa’s relaunched national airline, Samoa Airways, has brought about a feeling of pride and patriotism from its countrymen and women.

The new airline was launched in an official ceremony held at the currently re-developed Faleolo International Airport on the 14th of November, where the Prime Minister, Hon. Tuilaepa Fatialofa Lupesoliai Dr. Sailele Malielegaoi delivered the keynote address at this historical milestone for Samoa and asked all Samoans and everyone to assist with the country’s new airline.

“It is time that we stand up and it is time that we support our own airline and support Samoa.” Said Tuilaepa. “The airline has moved into a new era, with new thinking and new ideas, new ways of doing business. “Our own airline is dedicated to using all our local products on its flights and will provide a service with a touch of our Faa-samoa, our hospitality and service.”

Tuilaepa acknowledged the beauty of Samoa, with so much to offer and can now further showcase its beauty, culture and people.

“To our business community, come and support our national carrier and show that we can do this together. “To the thousands of Samoans in New Zealand, Australia, the United States and the world, support your Samoa owned airline and come home on our national carrier. “To all travel agents, thank you for working with the national carrier to get passengers to fly Samoa Airways.”

The Boeing 737-800, leased from Icelandair Group made its inaugural flight from Apia to Auckland the day after the launching, on Tuesday, 14th of November 2017.

It also includes two routes between Apia and Sydney on Thursday and Saturday.

Samoa Airways will operate using a 170-seat two-class Boeing 737-800 with eight seats in business class and 162 in economy.