Newly crowned Miss Pacific Islands dedicates win to the families and victims of measles in her home, Samoa 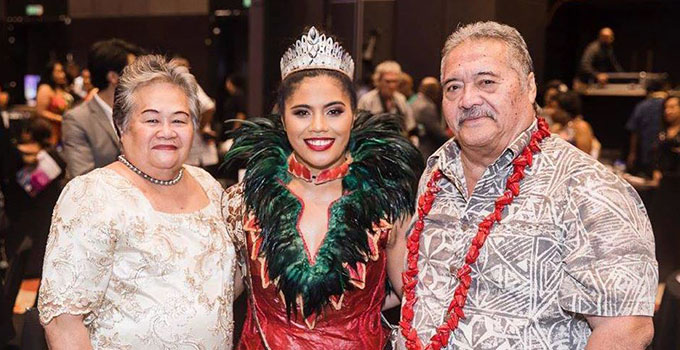 In receiving the crown, the new Miss Pacific Islands was overwhelmed with emotion especially for the families and the victims of the measles epidemic in her home.

“It is with great honour that we get to return home with the crown after 5years, and it is even more overwhelming that I get to bring this good news home in times of tragedy.” Said Fonoifafo. “I hope that this lifts the spirits of our country in one way or another.” She added.

“I know this role comes with more responsibilities which I look forward to partaking, and couldn’t have done this without our Heavenly Father as without him nothing is possible.

“I’d also like to acknowledge my family, friends & most importantly my country - Faafetai Samoa.”

A public nurse by profession and a dance and music enthsiast, Fonoifafo recently began work with the Samoa Tourism Authority (STA) and now looks forward to fulfilling her role as the Pacific Queen. She is also the Pacific Islands Tourism Ambassador with the support of the Pacific Tourism Organisation (SPTO), as an opportunity to advocate the issues of women and youth empowerment, among others in tourism and hospitality.

Pageant Chairman, and Samoa Minister of Tourism, Hon. Sala Fata Pinati officially opened the Pageant night and acknowledged the Government and people of Papua New Guinea, as well as the organising committee for an excellent hosting of this year’s event. He further congratulated the outgoing Miss Pacific from Papua New Guinea, Leoshina Kariha, as well as the contestants and all those that participated.

The Prime Minister of Papua New Guinea, Hon. James Marape acknowledged Sala and Samoa for continually coordinating this event, and was proud of their very own Leoshina Kariha for gracefully representing Papua New Guinea over the past 12 months. 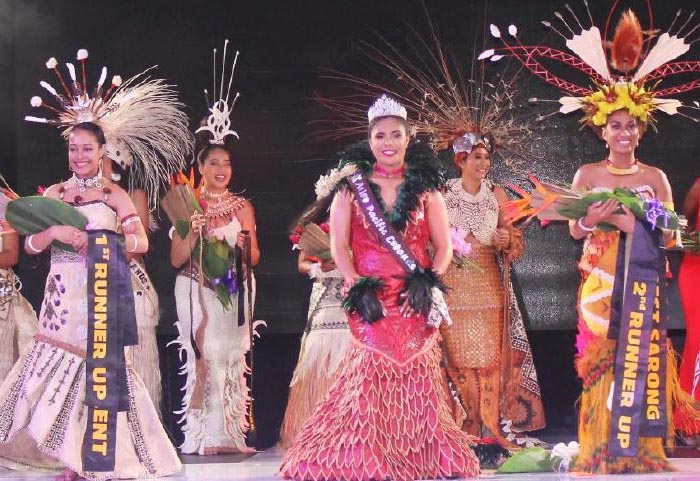 On the theme Pacific we are - one step, one aspiration, it was a feeling of togetherness witnessed on stage amongst the 12 beautiful contestants, in a fitting finale to a hectic and fun-filled week of activities in the land of a million different journeys.

The crowning on the evening of Saturday, 30th November 2019 was livestreamed and broadcasted throughout the Pacific and the world.

The main and special awards are:

The Host for the next Miss Pacific Islands Pageant is Samoa in 2020.

View all from Pageant week on: https://www.facebook.com/MissPacificIslands/ 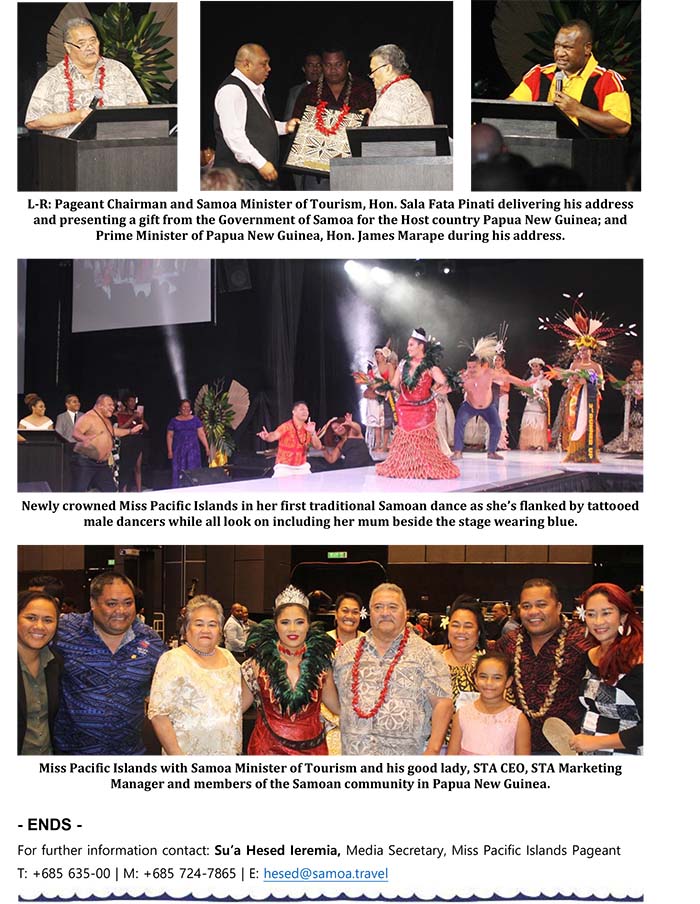