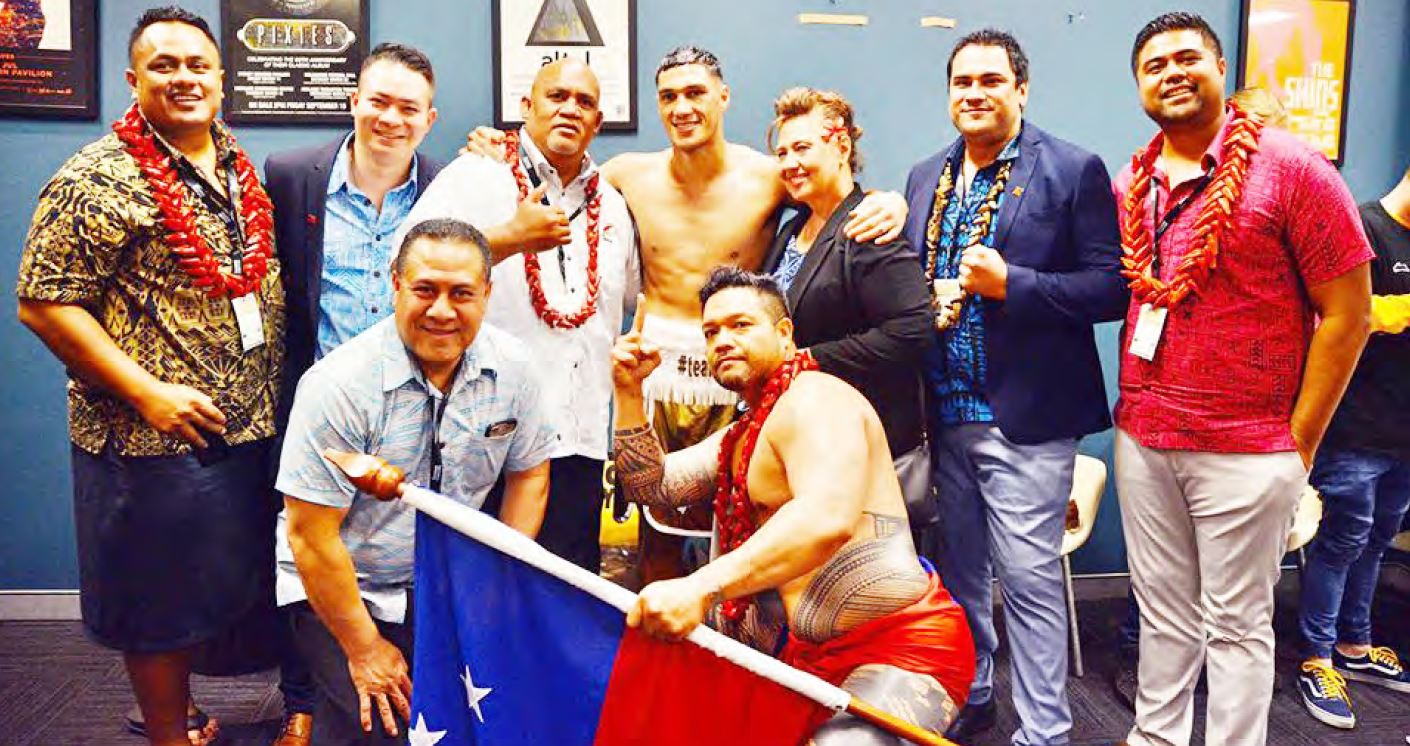 Samoa Tourism extended its partnership with one of Samoa’s sons on the rise in boxing within Australia and the world - ranked cruiserweight boxer, Jai Opetaia in promoting Beautiful Samoa within Australia as one of its biggest source markets.

In his latest fight this month, Jai Opetaia now moved to 19-0, after managing to put on a good show for the world to see with a TKO victory over former world title challenger, Mark Flanagan (24-8) at the Horden Pavilion on the 16th of November in Sydney, with the fight broadcasted live throughout Australia and the world on Fox Sports.

The Government of Samoa has backed up Opetaia, and attending the event was the Samoa Asscociate Minister of Tourism, Samoa Tourism Authority (STA) Chairlady and reps. The STA Chairlady, Adele Kruse enlightened everyone of Samoa’s ability to host any major international gathering, especially sporting events.

“The Government of Samoa strongly supports sports tourism with our state of the arts sporting facilities firmly in place, we encourage everyone here in Australia and around the world to bring your sporting events and training camps to our shores, which is supported by the easily accessible infrastructures and of course, our very friendly people.” Said Ms Kruse.

“Australia is Samoa’s best performing market so far this year, in which we at Samoa Tourism continue to engage and have increased our marketing efforts in utilizing your country as a big market to full potential.” Ms Kruse added.

“Thank you to the Honorable Prime Minister Tuilaepa Aiono Sailele Malielegaoi for your ongoing support and kind words, it means the world to me.” he added. “I hope everyone enjoyed the coverage on TV1 Samoa, and I can’t wait come back to Beautiful Samoa and stay at my home away from home the Sheraton and share this latest victory with you all.”