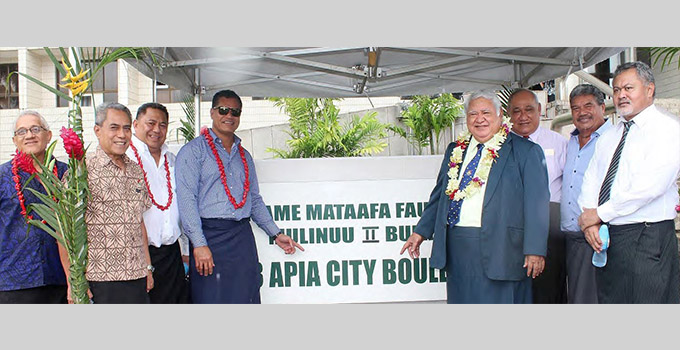 Samoa has launched its Street and Residential Address Naming Project, designed to identify locations of streets, services, and residences in Samoa in real time.

“It is important to note that all Government development initiatives are clearly articulated in the Samoa Development Strategy 2017 – 2021, and are also reflected in the long term vision – ‘Samoa 2040’.” Said the Prime Minister, Hon. Tuilaepa Lupesoliai Dr. Sailele Malielegaoi.

“It is the responsibility of Government to ensure that all streets and location of public services, businesses and residences are easily identified.”

This project will utilize the Global Positioning System (GPS) to advance the identification of locations in Samoa on Google map application.

The project will commence within the 2 kilometre radius of Apia City beginning from the clock tower to Mulinuu Peninsula, Vaimoso to the west, and Moataa to east. The project will be implemented in phases for the rest of the country over time.